Did You Know: Allowable Backpressure for a Conventional Valve...

Did you know, the allowable total backpressure for a conventional valve can be larger than 10% of the set pressure? According to API 520-1 §5.3.3.1.3:

For example, for the fire case, where the PRV is set at MAWP, the built-up backpressure should not exceed 21% of set pressure.

Another example is a nonfire case where two valves are installed with one PRV set at MAWP and one set at 1.05 times MAWP; the built-up backpressure should not exceed 16% and 10% of the respective set pressures. When the superimposed backpressure is constant, the spring load may be reduced to compensate for the superimposed backpressure. When the downstream piping is designed within the above backpressure criteria, no backpressure capacity correction (Kb = 1.0) is required in the valve sizing equations, for gases at critical flow or for liquids. When the backpressure is expected to exceed these specified limits, a balanced or pilot-operated PRV should be specified. Note that the built-up backpressure limitations discussed above do not necessarily apply to valves with open bonnet design due to the nature of their design. Consult the manufacturer for guidance."

Depending on the system, there are specific situations, other than external fire or multiple valves (such as adjusted CDTP or when the MAWP is higher than the set pressure), that allow for a total backpressure larger than the commonly specified limits.

If the pressure differential across the valve is larger enough to ensure that the valve is stable, the allowable backpressure can be as large as needed as long as your allowable accumulation (MAWP + specified limit) and any practical limitations (such as mechanical backpressure limits) are not exceeded.

Also, make sure to consider other equipment in the system when allowing higher overpressure. There are situations when the set pressure is set to a value lower than the MAWP in order to protect downstream equipment. In this case, the allowable overpressure will depend on all of the protected equipment. 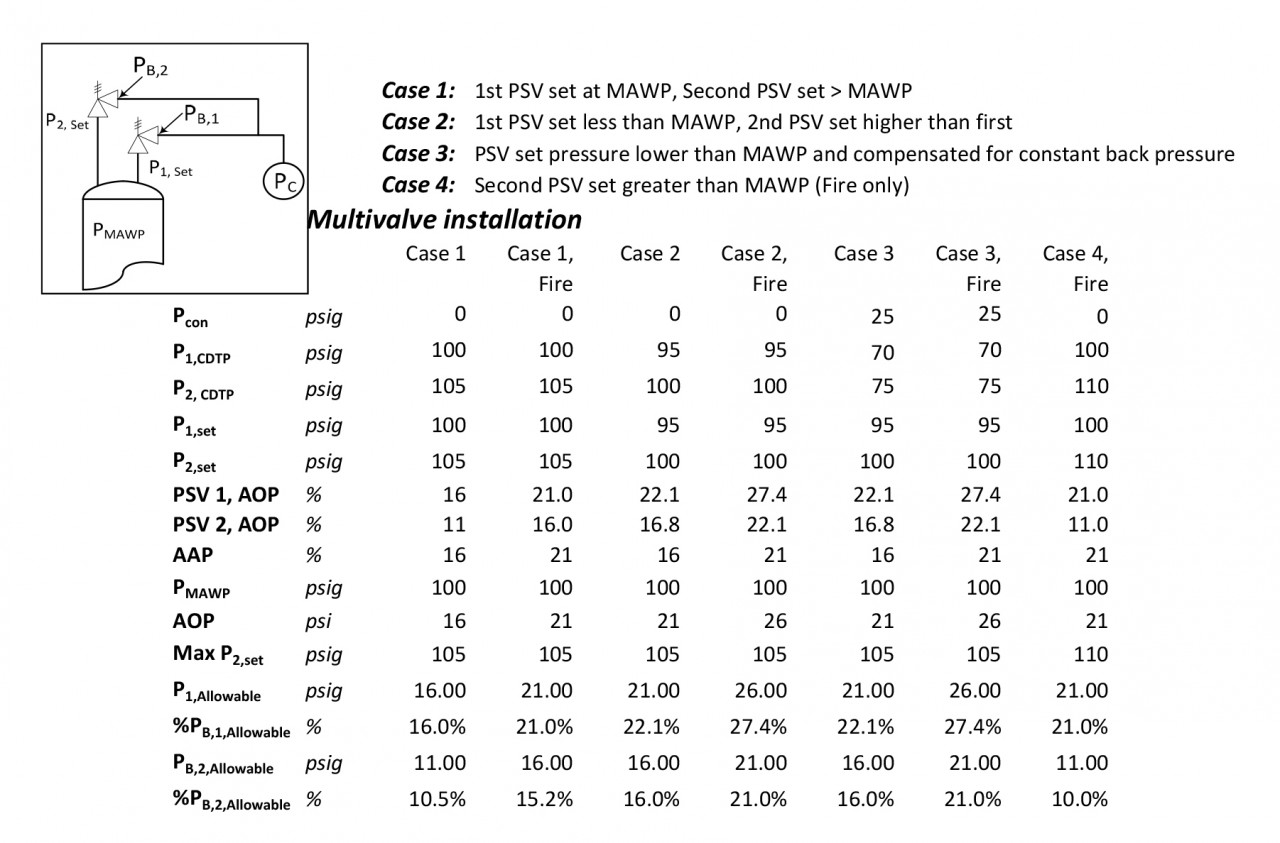